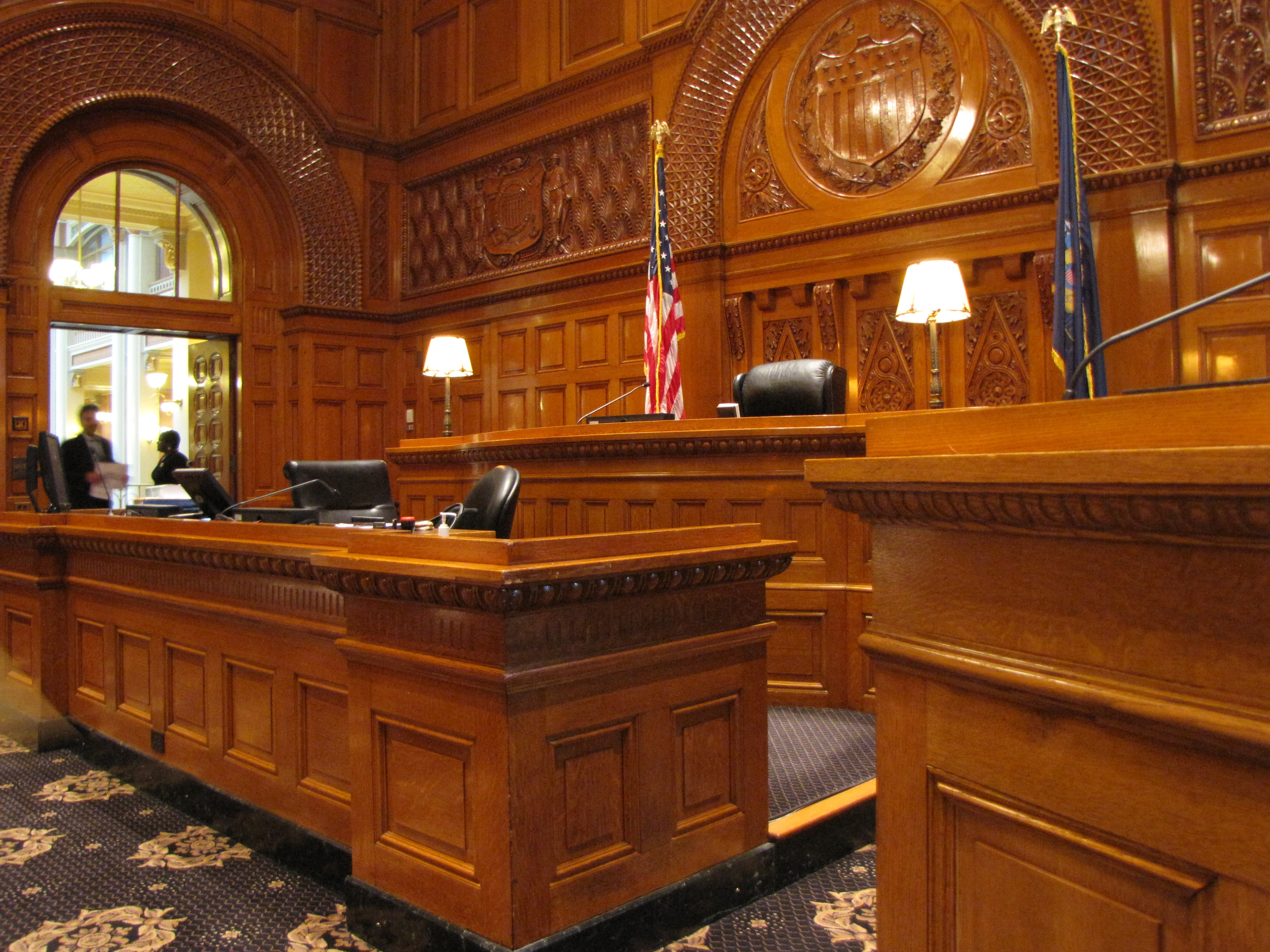 The concept that cancer is endemic to tribes but not species has been associated with the evolution of science itself. Tribal science evolves the human intellect through the development of weapons of war. This evolutionary process becomes a form of neurological cancer when the DNA shows that the human species is harming itself. From that medical perspective, both tribal science and the science of human survival are part of human evolution. Therefore, both sciences can be programmed together with relevant antidote information to generate simulations of human survival. The irrefutable medical diagnoses thus obtained will instigate a crucial and beneficial conflict dialogue between hostile tribes. As a result, relevant technologies will become apparent, enhancing the transition to our functioning as a single species.ï»¿

The Western educational system has access to this antidote information, yet remains governed by tribal scientific traditions that use dysfunctional information. Epidemiologists refer to this phenomenon as a 3D epidemic transmitted through the mass manufacturing of dysfunctional communication and information devices. Non-essential information is now overloading our educational system, creating considerable global social chaos. This medical disorder is induced by tribal science’s outdated obsession with the survival of the fittest paradigm.

The founder of the American National Foundation for Cancer Research, Szent-Gyorgyi, received the Nobel Prize in Medicine. His ‘Letter to Science’ of 1972 warned that the prevailing science was carcinogenic because it allowed itself to be governed by the ‘Second Law of Thermodynamics’. He postulated that the energies of thermodynamic chaos became entangled with living information to develop universal consciousness, thus the prevailing understanding of thermodynamics was indeed cancerous. He referred to this cancer of tribal lore as inherited from our Neolithic ancestors.

The visual mathematical proof of the antidote to this disease has been extrapolated from the association of Western education with Plato’s educational system in his ‘Science for Ethical Purposes’. Stanford Encyclopedia of Philosophy Plato’s Ethics: An Overview, first published Tuesday September 16, 2003; substantive revision Wednesday December 6, 2017 comments on Plato’s description of the geometric nature of courage, wisdom and moderation with comment “If justice is health and harmony of the soul, then injustice must be disease and disorder”. Plato’s ‘Everything is Geometry’ concept considered the living soul to be a perpetual phenomenon. This integral aspect of the life process was given mathematical credence within the geometric sensibilities of Georg Cantor.

Mitosis in healthy cell division has been imaged as a 3D electromagnetic infinite fractal expression obeying Cantor’s geometric access to infinity. This visual evidence contradicts the prevailing thermodynamic understanding that all life must die out. Twenty-first century quantum biology cancer research understands that healthy life information flows in the opposite direction to balance the thermodynamic energy flow of chaos, as predicted by Szent-Gyorgi in 1972.

Despite the limitations of Plato’s tribal science, his ingenious geometric insight into a deeper, ethical, universal purpose is truly extraordinary. He provided the crucial antidote information to solve the existing 3D global medical epidemic. His lodestone electromagnetic anima, believed to exist within the confines of his plane geometry educational system, is now clearly visible to the general public.

Salvador Dalí’s conviction, derived from Platonic theories of Science-Art, that the flat plane of a painting contained hidden 3D stereoscopic images, was made visible to the public last century at the Dalí Stereoscopic Museum in Spain. Since then, the rather cumbersome presentations of it have been greatly improved by Australian science and art researchers, in which 3D images can be seen interlaced within paintings to provide crucial information on neurological antidotes. During the 1980s, the relevant ancient Greek mathematics was programmed into a computer to obtain seashell life forms that evolved over a period of fifty million years, rather than evolving towards Einstein’s thermodynamic extinction.

In 1990, the world’s largest research institute, IEEE in Washington, reprinted this as an important mathematical and optical discovery of 20th century science:

In 1995, the Basic Research Institute of America transposed optical mathematics into a physics format. Attempts to use quantum mechanical mathematics to generate healthy simulations of seashell life forms over time resulted in biological distortions that verify Szent-Gyorgyi’s observation that tribal lore is a form of cancer.

During 2016, Quantum Biologists and Quantum Art Movement International along with Australian Science-Art researchers presented the 3D antidote information along with supporting information in Rome, Italy. The Science-Art presentation was then entered into the Russian Art Week International Contemporary Art Competition, where it received a First Prize Diploma. In 2017, the World Art Fund in Russia, in collaboration with the Quantum Art Movement group, included the antidote information in its Science and Art Research Project.

The problem remains that mainstream international tribal science considers it ethical to link science with aesthetics, which is the carrier of the global epidemic. For example, in 2017, two American universities created a ‘Time Crystal’ showing that our understanding of thermodynamic reality was, in fact, an optical illusion. However, they expressed their intention to merge such information into artificial intelligence technology. Under such circumstances, the worldwide 3D epidemic would accelerate into a terminal state of entropic and thermodynamic chaos.

The philosopher Immanuel Kant investigated Plato’s concept of the lodestone’s electromagnetic ability to demonize aesthetics, as mentioned in his dialogue between Socrates and Ion. Kant used the difference between aesthetics and ethical artistic wisdom as the basis for the electromagnetic golden age of Danish science. He deduced that the future of ethical thought belonged to an asymmetric electromagnetic field evolving within the creative artistic mind.

In 1957, the New York University Science Library published the book ‘Babylonian Mythology and Modern Science’ explaining that Einstein deduced his theory of relativity from Babylonian mythological intuitive mathematics. Einstein’s tribal worldview insisted that the life process must evolve toward thermodynamic extinction. Therefore, he could not accept David Hilbert’s argument that Cantor’s asymmetric mathematics validated Szent-Gyorgyi’s cancer research conviction. Einstein’s physical reality was maintained by remaining in a symmetrical state of existence, obeying the dictates of symmetrical light pointing to chaos, rather than in the opposite direction of Plato’s evolving ethical science. The discovery of the Plank Observatory demonstrated that Einstein’s worldview was cancerous in nature.

Philosopher of science Timothy Morton, professor and chair of English at Rice University in Texas, argues that Plato’s demonization of aesthetics has ushered in a new electromagnetic age, which he refers to in his article ‘Art in the age of asymmetry’. Charles Proteus Steinmetz also echoed Kant’s anticipation of an asymmetric, spiritual, ethical electromagnetic technology. He was a leading figure in the electrification of the United States of America, who claimed that the development of an asymmetric and spiritual electromagnetic technology would have been far superior and morally more beneficial than the one he had been paid to help invent.

Plato argued that the merits of learning plane geometry should not be studied for its practical uses but to train the mind for ethical understanding. He let arithmetic become the first of the subjects of education, then the investigation of science relevant to him became the concern of the student. From the published Notebooks of him, Leonardo da Vinci wrote that visual perspective became clear in the five terms of Plato’s mathematical logic. Leonardo then made the statement that completely divorced his tribal scientific genius from Plato’s concept of an infinite, living, holographic three-dimensional universe. leonardo had written “The first object of the painter is to make a plane look like a body in relief and project from that plane…”he emphatically stated that the flat plane of a painting surface could never contain a true 3D image.

There is no doubt of the mechanistic genius of Leonardo da Vinci. However, the visual evidence that the paintings may contain important unconscious three-dimensional stereoscopic images means that he was certainly not the great man of the 15th-century Italian Renaissance that tribal lore claims him to be. This simple fact explains the magnitude of the current 3D global epidemic of dysfunctional information. It also provides the evidence to explain the crucial importance of 3D antidote technology belonging to Plato’s atomic ‘Science for Ethical Purposes’, necessary to generate simulations of sustainable human survival plans.

What baby shower gift should you give to a co-worker or acquaintance you don't know very well?